The Lenuci’s Green Horseshoe is actually a U shaped system of Parks and Squares in Zagreb.

Conceived by Milan Lenuci as a park system which consists of seven squares aligned on three straight lines.

Lenuci’s Green Horseshoe received the silver plaque at the Golden Flower of Europe 2013.

We consider it by far the best route to explore the lower town. Think of it as one large Park. Although it consists of several parks and squares, the Lenuci’s Green Horseshoe unites them as a whole and to us the best way to explore the Lower Town.

Explore parks, squares, museums and hidden gems, such as the Botanical Gardens or the Croatian State Archives. Come to think of it, consider the entire area a treasure trove of statues, galleries and attractions.

We would like to point out that the Zagreb Fountains and parks south of the railroad are conceived as an extension of the horseshoe. So for all of you who wish to stretch their legs even further, head south through the Importanne underground centre pass the Lisinski concert hall.

Explore the Lenuci’s Green Horseshoe in Zagreb and visit all attractions along the way, this extremely pleasant and low-intensity walk should take a couple of hours. 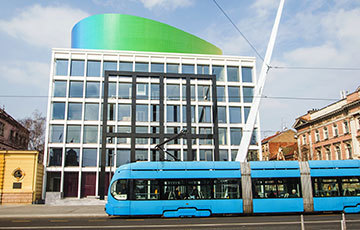 Academy of Music is the oldest musical institution in Croatia modelled after the Musikverein. Not only are they situated in a gleaming new contemporary building. But, above all, they are organising numerous shows throughout the year. 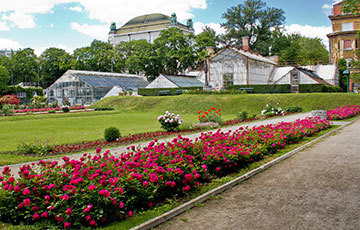 Zagreb Botanical Gardens [an Oasis in Heart of Zagreb]

Zagreb Botanical Gardens [an Oasis in Heart of Zagreb]

Zagreb Botanical Gardens are cultivating and protecting indigenous plants since Croatia is one of the richest European countries in Biodiversity. Escape the city as it is quite peaceful and quiet!